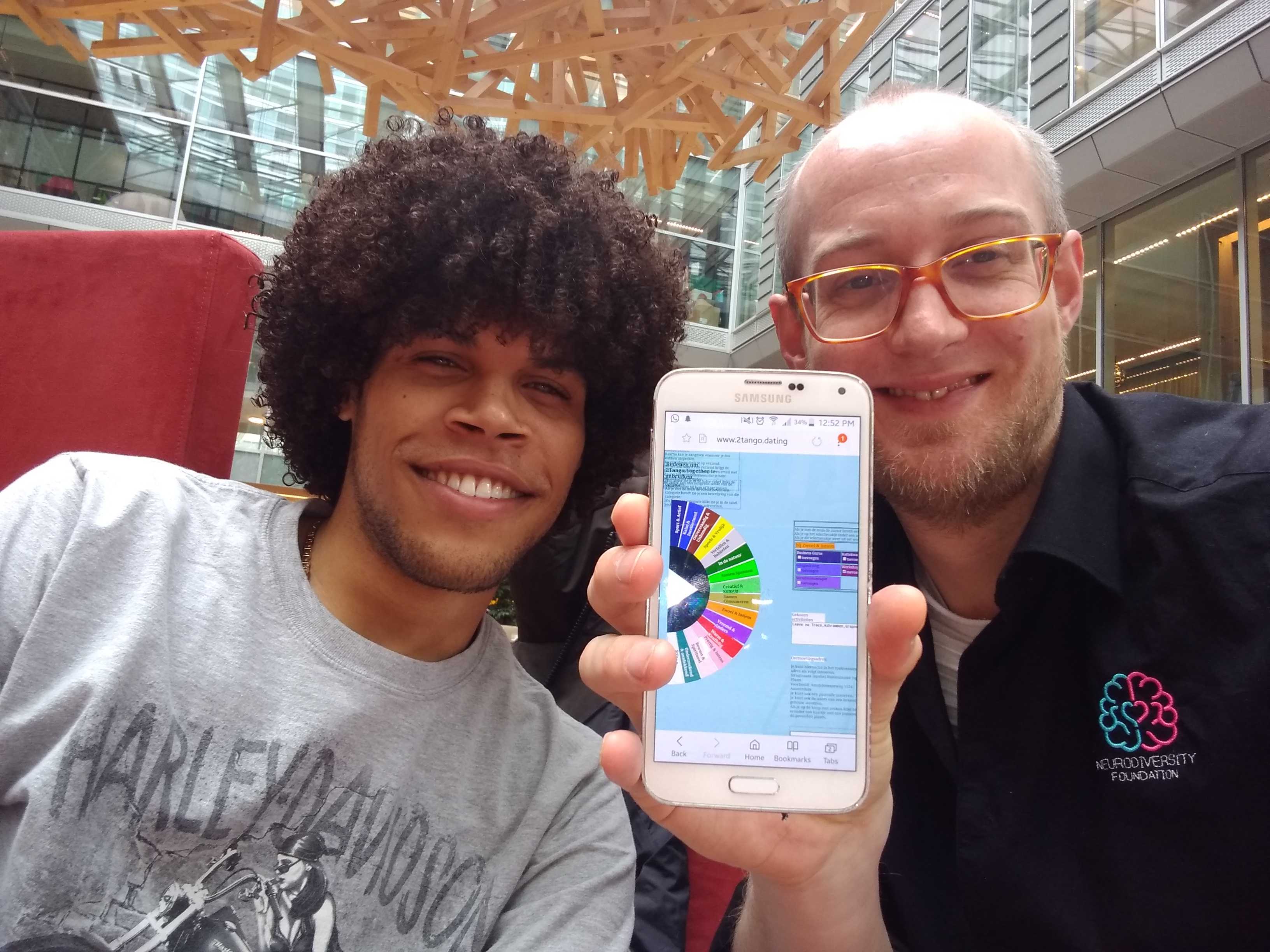 Wybe is coding the 2Tango.Dating app, with the Together functionality, partially included into the system. However a new design felt really really needed, for it to be used by many, rather than a few users. The new conceptual layout, co-designed by Kevin, will revolve around the 2Tango logo, that has a colorwheel-circle around it.

2Tango.Dating logo in early stages, with the colorwheel. The wheel suggest visually the diverse types of choices of (inter)activity between 2 individuals. The play button suggest the excitement of interaction, and the choice to either pauze, stop or move forward with possible time spend together.